The question arises: what is the Australian Aboriginal Dreamtime? The answer to this is obtained via a brief, though circuitous route.


If we, in a strictly non-gender sense, divide human capacity for perceiving reality into masculine and feminine faculties, we very soon learn that ‘the real world’ is not as easily grasped as vi might have hoped – reality is multi-dimensional. Indeed, the masculine, external, strictly material perception proves to be of relatively minor importance. No, this is not to say that one can walk through walls and closed doors without acquiring a bloodied and probably broken nose.


One simple tool that will help us in our quest is to give each of our two faculties a symbol: 1 (one) for the masculine external and 0 (zero) for the feminine internal. And let us also assert here that all men and all women have both masculine and feminine (1 and 0) perception capacity.


What we know of the relatively minor masculine is that it’s a chatterbox and a bossy boots. Form the moment we wake up till the time we go to sleep, this egotistical little dictator, made grossly insecure by the physical world’s constant threats to our safety, is continuously shouting in our heads: ‘mind this’, ‘be careful of that’, ‘get real’, ‘pay attention’. On the other hand, the feminine has long since given up trying to compete with the idiot it has to work with: after all, within the confines of its job description, One is doing as it should. A way in which we might grasp the relativity of these two is to say that where One is a bush telegraph, Zero is a cell phone with internet capacity. For myself, I would say that Zero gives me, and anyone else for that matter, direct access to the humungous main-frame computer at the centre of the universe – God. And by ‘the centre of the universe’ I mean the centre of myself – or yourself.


Ancient civilizations everywhere were clearly concerned with the balancing of these two forces. It is a) clear that they succeeded and b) obvious that this did not result in lives spent in navel-gazing. Our world is strewn with clear and unambiguous evidence that Megalithic Man was a scientific genius.


But it is in the nature of One to abhor compromise; it demands the right to dominate, that is, it thinks SNAGs are wimps. Its most recent and successful rebellion and rise to power was consolidated in the hands of Rene Descartes (1596-1650) and his horde of Cartesian Philosophers. If, they said, you don’t touch, taste, smell, hear or see it, then it just isn’t there. Later, they came up with the idea of lobotomizing those hapless heretics for whom ‘it’ would not go away. Cartesian insanity reached its peak when shock troops were sent to countries like Australia to root out the heresy by exterminating the people who clung to it. Yes, at its base, colonialism was an offshoot of One’s rise to power, a phenomenon seeded at det dawn of the Piscean Age.


In the West, these same heretics came to be known to us as Hermeticists, Cabbalists and Alchemists. The transmutation of lead into gold became a metaphor for balancing the hemispheres of the mind. The alchemist was his own laboratory and he, himself, was the experiment. His Eastern counterparts left us with the concept of balancing the Yin and the Yang. And they all went to their graves telling us that we should make the inner as the outer and the below like unto the above. Today’s materialistic and mechanistic world, the fragmentation of religion and subsequent fragmentation of values, the fragmentation of knowledge and, ultimately, the fragmentation of the individual can all be seen as springing from the Cartesian consolidation of One’s rise to power.


It's flower, of course, is the bucket of bolts we call a computer. And with this monstrosity, the Cartesians have philosophically shot themselves in the foot, for its basis is the binary system – an integration and utilisation of ones and zeros; it would seem that the below is like unto the above after all.


Yes, dear reader, the Australian Aboriginal Dreamtime is an alchemical, heretic, Jungian type of psychological process by which balancing the one and the zero gives us a total grasp of reality. And furthermore, the Dreaming is not yesterday, today or tomorrow – it is timeless; it si now and it is forever. Through it, all mind and soul is connected; it is one. 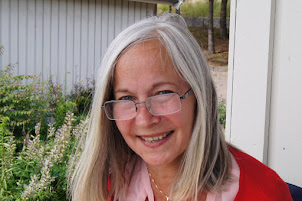 "We are students of words; we are shut up in schools, and colleges, and recitation rooms, for ten or fifteen years, and come out at last with a bag of wind, a memory of words, and do not know a thing." - Ralph Waldo Emerson